Monty Don on the Nurturing Power of the Soil

“For most of my life I’ve relied upon the soil to nurture me as much as I nurture the soil and grow plants” – well-known broadcaster and gardener Monty Don shares his views on connecting with the earth.

Monty Don talks about the problematic forms of monetary growth that can cause inequality, and says “real growth means that everybody grows. If you look at a plant, the whole plant grows and not just a little bit of it.”

The solution he advocates is to “encourage individuals [and] children to sow a seed, look after it, nurture it, share it. If they do that, it’s probably the most powerful political action they can do.”

This video was put together by freelance designer Stuart Hodgson for the Network of Wellbeing. The original interview with Monty Don was done by the Network of Wellbeing at the Resurgence Festival of Wellbeing. The original filming was done by Robert Woodford (Opus Earth) and the original interview was conducted by Joshua Malkin. The music is by Chris Zabriskie, entitled NirvanaVEVO. Used under creative commons 4.0 license. All video footage is either paid for, free stock videos, or used under ATTRIBUTION LICENSE 3.0.

More in Your wellbeing - Nature 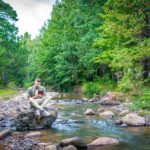 What Does Literature Tell Us About Nature and Wellbeing? 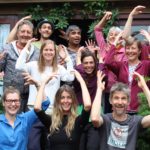 Foraging as a Route to Wellbeing 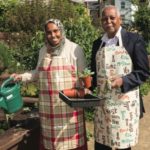 By The Wildlife Trusts on 3rd October 2017