Home / Blog / Your community / Sunday Assembly: Unleashing the Power and Goodness of Communities

Sunday Assembly: Unleashing the Power and Goodness of Communities 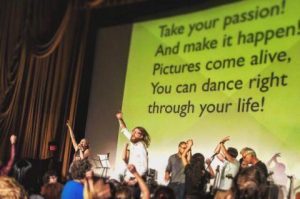 “Why do we exist? Life is short, it is brilliant, it is sometimes tough – we build communities that help everyone live life as fully as possible” – Sunday Assembly website.

The Sunday Assembly was started by Sanderson Jones and Pippa Evans (pictured below right), two comedians who were on their way to a gig in Bath when they discovered they both wanted to do something that was like church but totally secular and inclusive of all—no matter what they believed.

Initially known as a type of ‘atheist church’, the Sunday Assembly has grown and developed rapidly since it started in 2013. There are now over 70 Sunday Assembly groups in 8 different countries, where people gather together to sing songs, hear inspiring talks, and create community together.

Intrigued to learn more about how these new communities are contributing to happiness and wellbeing, NOW’s Florence Scialom recently spoke with Sunday Assembly co-Founder and CEO Sanderson Jones.

Florence (NOW): The Sunday Assembly started in 2013, and already there are groups in over 70 places across the world. Why do you think the idea has been so popular?

Sanderson (Sunday Assembly): I think there is a massive demand and need for stronger communities and more social connection. There is a big trend towards increased social isolation in today’s society. As variety of research has shown; for example, the finding that 1 in 10 people in UK don’t have close friend.

I think people also yearn for a sense of being part of something bigger than the self, and a place to openly grapple with the highs and lows of the human condition. The Sunday Assembly offers a place to deal with these issues in a fun an enjoyable way, while offering the chance to make new friends too. 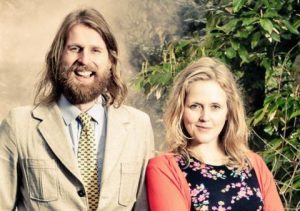 Do you see The Sunday Assembly as a way to support people’s happiness?

Yes – having powerful social connections is one of the best things for humans; there is a wealth of research showing this is what makes us happier, and also healthier. There is research currently being conducted on the Sunday Assembly that shows that on average people make 1.2 new friends through their involvement. The same research also shows that around 20% of those attending Sunday Assembly have self-reported mental ill-health. So, the Sunday Assembly is supporting people – including some of the more vulnerable people in our societies – to build new social connections.

And do you see the Sunday Assembly creating a wider sense of social wellbeing?

We try to support a line of growth from personal development, to community engagement, to wider social contribution. Our motto is “Live Better, Help Often, Wonder More” – and people really do ‘help often’ through getting involved in their own Sunday Assembly, and also through volunteering in their wider community.

The model of congregational communities is really valuable, as the community is supported by people who are involved. If you give people a sense they’re contributing to their own life, to community life, and to something bigger than themselves, then they will be motivated to support it. And their involvement can have massive social and health benefits.

From a wellbeing point of view, we’re getting lots of evidence to support this, but we also see and experience it ourselves directly, which is just as important. After all, life is worth living even if it’s not measured in a survey. 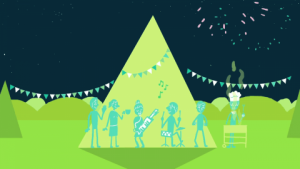 What do you think are the most important aspects of community building?

There are now over 600 volunteers involved in our network, so we are giving people something they can genuinely feel passionate about then people will join in. I think from the start we have never seen people as problems; everyone can make a contribution.

So as it grows we are still learning all the time from the many amazing people involved. It is constantly evolving – though the process of doing it in practice, it has become something else, and through other people doing it, we have learned from the process. The process is unleashing the power and goodness of communities.

How do you try to ensure the Sunday Assembly remains an open and inclusive place for all involved?

Initially we were known as an ‘atheist church’. This description caught attention, and the idea spread very quickly, but it’s not actually the best description of what Sunday Assembly is about. It as a quick summary to make it eye catching and clearly understandable to people, but in fact it would be more true to say Sunday Assembly is a celebration of life, and this is open to everyone, no matter what you believe.

And how can people best find out more and get involved in Sunday Assembly if they’d like to?

Visit www.sundayassembly.com and see if there is a Sunday Assembly near you. If not, you can find all the details on our website about how to start one!

Many thanks to Sanderson, for taking the time to speak with me and sharing the Sunday Assembly with us here at NOW!

Photos used in this post credited to Sunday Assembly. 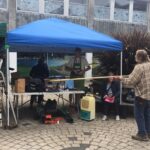 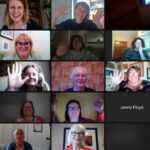 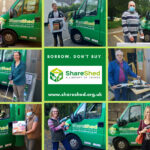