When Others Care, But We Don’t See It

Do you wring your hands in frustration, wondering why, when faced with profound inequality or climate change, other people don’t seem to care as deeply as you do yourself? This blog post is written by Common Cause Foundation Director Tom Crompton, who shares research suggesting that other people care more deeply that we might think.

Here’s some good news. Research suggests that we underestimate the concern felt by others. One reason why we don’t see public demand for action on today’s big challenges is precisely because we don’t realise other people care as much as we do. Evidence that such misunderstanding is widespread – and that it undermines people’s motivation to act – comes from studies of people’s values.

Values are the broad principles that guide our decisions in life, shaping what we take to be important or worthy of striving for. Working with Ipsos MORI, Common Cause Foundation recently surveyed a thousand UK citizens, asking people about their own values, their perceptions of the values held to be important by a “typical British person”, how connected they felt to their communities, and whether they voted, and how they felt about volunteering or campaigning on social or environmental issues.

We were particularly interested in responses about two different kinds of value.

We found that most UK citizens (around three-quarters) place greater importance on intrinsic values than extrinsic values. This finding mirrors previous research and is not a result of people giving biased responses because they want to seem nicer than they really are.

But we also found that people significantly under-estimate the importance that other people attach to intrinsic values, and over-estimate other people’s concern for extrinsic values. In other words, it seems that most people who live in Britain – around eighty percent of us – underestimate our fellow citizens.

This suggests that a widespread under appreciation of the depth of care that others feel could in itself be a barrier to public engagement on social or environmental issues.

One reason is likely to be the mainstream media. Our ideas about the people we see portrayed or featured in the media are likely to influence our views about people in general. Contestants on talent-shows, or participants in home makeover programmes may seem like typical people. But often, because of the format of the show, they also seem obsessed with their public image and with material success. Indeed, we asked the people that we surveyed about their perception of the values encouraged by the media. Most people reported feeling that the media encouraged extrinsic values, relative to the importance that people placed on these values themselves.

Also ideas of selfishness – or at best, enlightened self-interest –percolate through mainstream economic and political debate, and become part of our collective ‘common sense’. Yet people are also inherently empathetic. People care for one another and take decisions in pursuit of the greater common good, in ways that go far beyond their immediate self-interest.

Of course, people do also hold extrinsic values to be important. At some level, we all desire success, recognition and respect. It’s just that we imagine these values matter more to other people than is actually the case.

Tragically it seems this misunderstanding undermines our own motivation to help address social and environmental problems, postponing collective action.. It also leaves us more estranged from our communities, and probably less happy.

There’s a role for us all here – an opportunity for us to begin to engage with others – in both our professional and personal lives – with the conviction that the people with whom we interact are motivated mainly by intrinsic values.

But these insights also point to a responsibility on the part of organisations – businesses, the media, public bodies and charities. These, too, can begin to engage with their stakeholders – customers, viewers, readers, voters and supporters – in the expectation that it is intrinsic values which matter most to most people. Engaging in this way must come to be seen as an essential component of an organisation’s social responsibility.

Tom Crompton (tcrompton@commoncausefoundation.org) directs the Common Cause Foundation, which works to place values that prioritise community, environment and equality at the heart of our cultural, political and civic institutions. The Foundation has recently launched a project in collaboration with Manchester Museum to convey an authentic perception of what matters to a typical person living in the Greater Manchester area, working with organisations and community groups across the region.

More in Our world - Ideas & Analysis 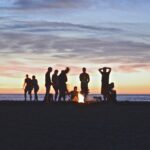 Why Do We Talk About Thriving? 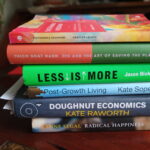 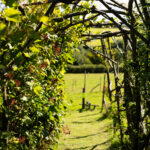