Home / Blog / Your community / The Importance of Neighbourhoods for Our Wellbeing

The Importance of Neighbourhoods for Our Wellbeing

Is the neighbourhood still important in today’s individualistic and globalized society? Or has the residential neighbourhood lost its significance as source of social capital? In this guest post, Marloes Hoogerbrugge, from the Erasmus Happiness Economics Research Organisation (EHERO), shares some of the latest research on this topic.

In our modern and globalized world, social relationships increasingly extend the boundaries of the neighbourhood and have become more regional, (inter-)national and virtual in scope. Some researchers argue that increased mobility, changing working patterns, and pluralization of lifestyles have gradually dissolved traditional neighbourhood contacts. This is proved through the decreasing number of people who have frequent contact with their neighbours and the declining social cohesion at the level of the neighbourhood.

However, other researchers argue that the globalization and individualization of society results in a greater significance of the neighbourhood, as local social interaction and the familiar landmarks of the neighbourhood may offer sources of comfort and security to residents. This brings us to the question of whether the social context of the neighbourhood is still important for people’s life satisfaction and wellbeing. Time to take a closer look!

Recently, the Erasmus Happiness Economics Research Organisation (EHERO) analysed the importance of neighbourhood social contacts and social cohesion on people’s individual self-reported life satisfaction. This analysis was based on a survey among almost ten thousand residents of the city of Rotterdam in the Netherlands. In the survey, social contacts are measured by questions about how frequently people talk with their neighbours, and social cohesion is measured by the perceived feelings of general trust in people in the neighbourhood, and whether people can get along with each other.

Overall, the residents of Rotterdam are rather satisfied with their life; their average score is 7.7 on a 10-point scale. Only 8.3 percent of the respondents rated their satisfaction with life with a 5 or lower. We found support that both social contacts and social cohesion are positively and significantly associated with residents’ life satisfaction on average. In other words, neighbourhoods are still important to people’s sense of satisfaction with their lives. 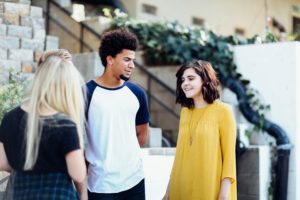 … but there are differences across different groups…

However, if we only look at the average impact of the neighbourhood on life satisfaction this can obscure substantial differences across different kinds of residents. Arguably, the importance of neighbourhood-based social capital is likely to differ across people: for some people, the neighbourhood might have neither a positive nor a negative influence on their life satisfaction, while for other people the neighbourhood plays an important role in their daily lives. It is therefore important to extend analysis to different groups of people within the data. We did this through focusing on various individual characteristics like marital status, employment status and health. 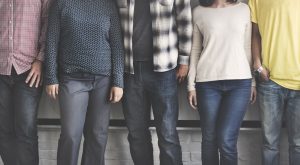 We found that the association between valuing the neighbourhood and life satisfaction is much stronger for residents who spend most of their time there and those who may be vulnerable, lonely or isolated. For example, those who are living on welfare support and elderly and/or retired people tend to highly valued the neighbourhood because they are likely to spend more time there. Moreover, we found that the neighbourhood is very important to people who are divorced or widowed. A possible explanation might be that they depend more on local social contacts. Finally, the neighbourhood matters more to people with a poor health, as it is likely that they are especially in need of social support and help from their neighbours.

In broad terms, the case of Rotterdam suggests that especially in neighbourhoods with a high percentage of vulnerable people, enhancing neighbourhood-based social capital can have a positive influence on residents’ life satisfaction. The importance of the neighbourhood is related to neighbourhood dependency and whether people are more or less forced to invest in local social contacts. 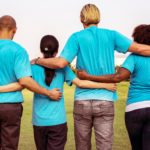 The Meaning of Kindness 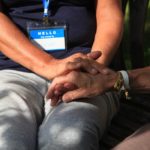 The Place of Kindness with Carnegie UK Trust 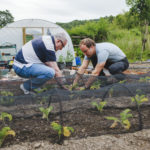 Volunteering Valuable for Health and Wellbeing at All Ages

We use cookies to ensure that we give you the best experience on our website. If you continue to use this site we will assume that you are happy with it.OKPrivacy policy